Fields marked with asterisk are required.

What is traceability and why is it important? It may sound like another buzzword, but it’s much more than that. It’s something you need to consider if you want to save costs and time over the long run.

If you’ve adopted a pet recently, you know that most dogs and cats have microchips implanted under their skin. The microchips help with traceability; if a dog runs away or gets lost, the chip lets people know where the dog came from so they can return him to his home.

Manufacturers use a similar system to make sure that the right parts go to the right places. When manufacturers tag parts with bar codes as they move along in the supply chain, the bar codes provide crucial information about where the parts originated. This helps to protect the end customer from receiving the wrong part or material.

For a clearer understanding, consider this example:

In 1912, thousands of workers in Belfast, Ireland, completed construction on the grandest ship in the world: the Titanic. We all know the story. The ship set sail from Southampton, England, and struck an iceberg somewhere off of the coast of Newfoundland. The Titanic sank, and took 1,500 lives with it.

For years, conventional wisdom held that the iceberg had torn a huge gash in the ship’s hull, which then filled with water. However, in recent years, historians and engineers have come up with a new theory. Based on what explorers saw when the wreck of the Titanic was discovered in 1985, engineers determined that there was no gash in the hull at all. Instead, they found that six of the hull plates had separated just enough to let water in. They also found several strips of metal with open rivet holes lying next to the ship on the sea floor – further evidence that part failure, rather than the iceberg, deserved most of the blame.

Historians have argued that the ship builders used substandard rivets in the bow of the ship. Why would a company building a high-end ship use any substandard material? The White Star Line, which owned the Titanic, was pursuing a very aggressive construction schedule. In fact, they were building three ships simultaneously. Because ships the size of the Titanic required large numbers of rivets, the forges that supplied rivets to the shipbuilders couldn’t meet the demand. Rivets from smaller forges, which produced lower quality work, made up the difference.

A system of traceability would have let shipbuilders know exactly where the rivets came from. Someone on the quality control team could have seen that some of the rivets came from forges that didn’t have the skill, technology or materials to produce the kind of rivets that the Titanic needed. They could have sent the bad rivets back and demanded quality replacements.

Traceability could have helped someone force the higher-ups to push back deadlines for the ship’s completion in order to give the forge they relied on more time to produce the top-quality rivets they needed.

Traceability Protects You, Your Customers, and Everyone Else

When you specify that you need a part made in the United States and not elsewhere (China, for example) traceability helps you get the right part.
When you are required to make certain that none of the material you use comes from conflict zones, you need to be able to trace the materials back to their source to demonstrate that you are not in any way benefitting from conflict.

If you’ve landed a defense contract, traceability can help you prove that you purchased parts that meet military standards, in the event that your work comes under scrutiny.

When you hire a subcontractor and want to be confident that you know where they are getting their materials, work with a subcontractor that has a proven track record with traceability.

The more links there are in a supply chain, the more chances there are for misinformation to creep in. Fortunately, with the right technology and a little bit of consistent effort, these problems are easy to prevent. Implement a system of traceability in your facility, or choose vendors that already have them. Greater accountability always leads to better results.

Request a quote from B&B Electro-Mechanical

Discover just how competitive our prices are. Contact B&B Electro-Mechanical today to request a quote. 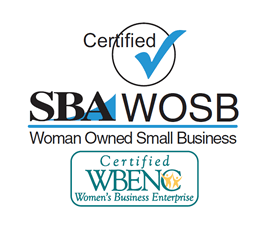